With Father’s Day just around the corner, I’ve been thinking about my own Dad and how he influenced my life. Was he a good financial role model? Did he teach me lessons I still value? And how much of a role did those lessons play in making me who I am today?

Harold Sachs was born in 1920, so he was young enough during the Great Depression that he didn’t have money worries of his own, though I’m sure he witnessed the strife of the era. But I know from hearing the family stories that even as a child he was everyone’s favorite. He was an energetic, athletic, and happy-go-lucky young man. He and my mother married young (after he died, I learned my parents had actually eloped—not the story I’d been told growing up!). He attended Georgia Tech, but enlisted to fight in the war before he graduated. When he returned from overseas, he immediately got a job as an engineer at the Port Authority of New York (I have a mental image of him working away at a drafting board, sleeves rolled up, planning the NY subway system), but it was not the career he’d hoped for; he’d done the math and figured out that even if he saved every penny of his earnings, he’d never be a wealthy man and the family steward he wanted to be.

When his own father suffered a stroke and died, Dad was happy to go into the family business as the owner of M&S Tavern in Paterson, New Jersey. An ambitious man (to say the least), Dad didn’t stop there. He was committed to building his wealth, and he saw opportunity in the post-war housing shortage. He began buying up neighboring properties as quickly as he could, subdividing them into smaller rental units to meet the demand for housing. And he did anything and everything to earn more money and make his money work for him. As the owner of the tavern, he put his accounting skills to work, filling out tax returns for his customers—factory workers who turned to him for help. I remember boiling eggs in our family kitchen so he could sell them at the bar. With that money and more, Dad even bought a local bakery. I remember him getting up at 4 a.m. to make dough, running the bakery in the mornings, napping in the afternoons, and then heading to the tavern for the ‘late shift.’ He was always full of energy, and he was always on the lookout for the next opportunity. At the same time, he longed for the often unrecognized freedom that came with working for someone else. “Never work in your own business,” he told me. “It’s much better to work for someone else and let them go home with the headaches!”

Dad also loved the stock market. When we ate breakfast together, he would read the paper and tell me all about the market. Together we’d pretend to pick stocks (do you remember American Can, US Steel, and National Cash Register?), and then we’d watch our fantasy fortunes grow. When Dad invested with real money, he learned along the way, selling some winners and holding some losers. He did his research, tracked what worked and what didn’t, and he knew, like Warren Buffett, that owning great companies was the key to building wealth. By the end of his life, he’d realized his dream of becoming wealthy. It was a long, circuitous route, but he got there.

Not long before he died, we were talking about his business ventures. At the time, I had just hit the 15-year mark in a corporate finance position, and I was definitely coming home with headaches. I reminded him of the advice he’d given me years ago about the value of working for someone else. He laughed. “Not once you’re an executive LJ. Once you’re the boss, you come home with the headaches anyway!”

Looking back, I have to wonder how many of us learned key financial lessons from our parents at a time in their lives when they were still learning themselves. Many of the behaviors our parents imprint on us happen when we’re very young. Which means, of course, that we’re learning from parents who still have much to learn themselves. If I hadn’t sat down with my Dad that afternoon, would I have gotten that perspective of an older, wiser father? Would I have had the courage to open my own business a few years later, or would I have continued to feel obligated to hold down a position working for someone else? It’s funny how those childhood lessons stick with us over time. 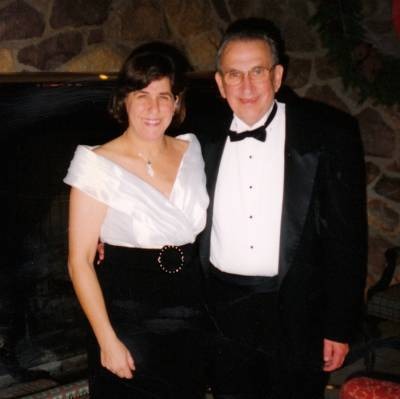 Years after my Dad had died and I had opened the doors to Klein Financial Advisors, my Uncle Joe said to me, “Your father would have loved that you’re in this business. He would have loved that you help people invest in stocks and make their money work for them.” I guess those breakfasts poring over the stock sheets taught me more than how to build a fantasy fortune. Whether he intended to or not, my father taught me the potential of investing, the drive to build a business, and the importance of being passionate about what you do every day. If he were still around today, I wonder what other lessons would be in store—financial or otherwise.

If your own father is still living and you have the chance to call or visit on Father’s Day, you may want to talk about the lessons he’s taught you over the years. And if age has given him some new perspectives, you may end up learning some brand new lessons from your older but wiser Dad.