You may have seen this piece in the news last week: Ronald Nelson, a Tennessee high school student, was accepted to all eight Ivy League universities. And he turned them all down, deciding on the University of Alabama instead. His reasoning? He didn’t want to take on the burden of college debt as an undergrad. While the Ivy League schools had offered him some level of financial aid, the University of Alabama offered Nelson a full ride—and he decided to jump at the opportunity.

As interviewers commented over the weekend, Nelson’s decision is stunning to many. It shines a spotlight on the exorbitant cost of college tuition in the US, which continues to rise faster than inflation. But his decision also says a lot about this young man’s understanding of money. When he looked at the long term, he took into account his plans to attend medical school, and the additional cost of his education down the road. He took the emotion out of the decision (I can’t even imagine the pressure he felt to say yes to Stanford, John Hopkins, NYU, among others) and focused on his ultimate goal: starting his career with as little debt as possible.

The story speaks to the need for families and individuals of every age to understand “good debt” versus “bad debt,” and the importance of balancing the expected return on an investment with the burden of the debt itself.

The upside of debt

While even the word “debt” can cause most of us to cringe, there really is such as thing as good debt. Good debt helps build wealth—not deplete it—and works over time to help you increase your net worth. Of course, no investment comes with a guarantee, but these top three examples most often result in asset growth, at least over the long term: 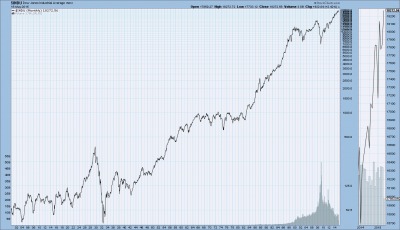 The downside of debt

While there are no guarantees on the return of good debt, bad debt has no upside. Yes, there are certain living expenses we all must make—including some of the big-ticket items listed below—but the key is to manage that debt as much as possible. Be rational, not emotional, and make choices that reflect your own budget (even your neighbors may not really be able to afford that luxury car, even if it’s sitting in their garage!). Here are some examples of bad debt:

Ultimately, managing debt is a balancing game, and I expect every one of us could learn a lesson from Ronald Nelson. He took a close look at his long-term goals and opted for the road less traveled, all in an effort to manage his debt. I have to wonder how his peers who are busy taking out huge loans to pay the cost of an Ivy League tuition are going to fare in comparison down the road. My guess: Ronald Nelson is going to excel at more than just medicine in years to come.